It is with great pleasure, that the Management Resource Team announces the addition of the Regional Director role to the management structure.   The Regional Director is tasked with supervising multiple markets and office directors.  Work Opportunities Unlimited has experienced steady growth including expansion of service lines, territories within states, and additional states such as Connecticut and Virginia.  The success of all the teams and subsequent growth has made the Regional Director role not only viable, but a necessary addition in order to continue the growth and ensure that services of the highest quality are being delivered across all communities to all customers.  The addition of the Regional Director will also increase the upward mobility options for all team members across all management roles.  At this time, Iskedar Ayalew and Trisha Wagner have been promoted to Regional Director.  Please join us in congratulating Iskedar and Trisha on this accomplishment and opportunity. 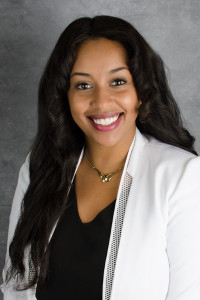 Iskedar Ayalew has been with WOU since September 15, 2010.  She joined, what was at that time, the Maryland South Team, which has since split into the Montgomery Team and Prince George’s Team.  On March 3, 2013, Iskedar was accepted into the Director in Training program and subsequently became the Montgomery Office Director in January of 2014.  Iskedar has done an exemplary job directing the Montgomery Team which also serves a portion of Washington D.C..  The Montgomery Team has seen a marked increase in job placements, most notably, SEP placements under her leadership.  She has handled the facilitation of all referral source audits and has worked with her fellow Directors to ensure WOU is regarded as a leader in the market.   In June of 2015, Iskedar took an active role in the training and mentoring of a new Director in MD Central.  As a Regional Director, Iskedar will be responsible for the services provided by the Montgomery Team and the supervision of the MD Central Director. 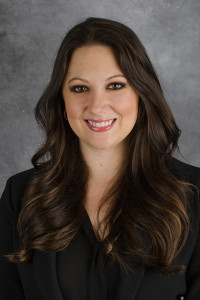 Trisha Wagner has been part of the WOU RI team since February 18, 2010.  Originally hired as a Business Developer Trisha quickly demonstrated leadership qualities that moved her into a more VR team supervisory role.  Trisha was one of our first “Team Leaders” prior to WOU even having establishing this formal role.  As opportunities opened and the state of RI expanded Trisha was promoted to Director of the RI market.  In the subsequent years, RI continued to expand to the point where we spun-off and created the East Bay market which needed its own attention, team, and Director.  Today, under Trisha’s leadership, RI continues to grow and expand not only in the State of RI, but also now into Connecticut.  With this expansion comes the need for an increase of attention to the development of one of our newest states, CT, while simultaneously expanding Northern, RI/Southern, MA.  As Regional Director, Trisha will be personally responsible for the expansion into CT, the supervision of the East Bay Director, training/development/supervision of the DIT for the Providence, RI market, and the training/development/supervision of DIT of the newly expanded Blackstone Valley market (Northern, RI/Southern, MA areas).