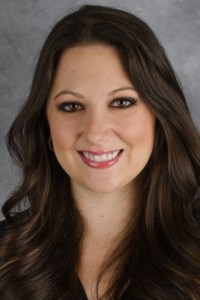 In her role as Regional Director, Trisha manages WOU’s East Bay and Blackstone markets, a territory that includes all of Rhode Island, southern Massachusetts, and some of eastern Massachusetts. Trisha is also acting Director of the Providence team. She is responsible for ensuring all three markets are meeting their goals by training CSRs, leading the RI state audits, managing PCSEPP contracts, and cultivating an environment where consumers, business, counselors, and team members are 100% satisfied with the services provided.

Trisha has been with WOU since February 2010, originally hired as a Business Developer and later promoted to Director of Career Services. She joined WOU after heading the Integrated Arts Program for three years at LaSalle Academy. She received a Bachelor of Arts from Rhode Island College and achieved certification in Supporting Meaningful Employment through the Association of Community Rehabilitation Educators.

When she’s not with friends and family, Trisha makes the most of her off time by expressing her artistic side through woodworking, painting, and photography, playing tennis, and strolling around town with her rescue dog Scout.

(Providence, RI) - Most of us have a passion in life. It may be yoga, ballroom dancing, sports, bird-watching… no matter your passion or interest, there is a common link that we share; our passions [...]

Tiffney Bergeron has been part of our Work Opportunities Unlimited team since January 2010, originally joining us as the Director of our Providence, RI office.  As the state grew and our services expanded, Tiffney headed [...]

(Providence, RI) On Thursday, October 22nd Mike Amons, a Career Resource Specialist in our Providence, Rhode Island market, was awarded a Success-at-Work Award during a team leader meeting. The award, which was presented by Steve Wood, followed a summary of his nomination by Trish Wagner, our Rhode Island director.

Congressman Jim Langevin recently visited Work Opportunities Unlimited, meeting with 15 participants of the organization's Job Club, who spoke honestly and passionately about their experiences in the workforce. These clients spotlighted the positives of having [...]

Send this to a friend