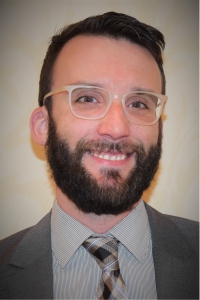 A graduate of Worcester State University, Mike joined WOU in February of 2014 and was promoted into his current position in 2016 from his prior role as a Team Leader in Providence. When WOU identified the Blackstone region as an area of potential growth, a new market was created, and Mike was named as its director.

Mike earned a Basic Employment Services Certificate from the Association of Community Rehabilitation Educators and has his teaching license in Massachusetts and Rhode Island. When he’s not serving in his role as director, he is traveling, enjoying the outdoors, and listening to music.

(Lowell, MA) - Jennifer Roman of Hudson, New Hampshire, has received the Success at Work Award from Work Opportunities Unlimited for her extraordinary commitment to helping people with disabilities access the competitive workplace. As a [...]

Not everyone can say they have their dream job, but Mitch Robichaud certainly can. As a Work Opportunities Unlimited (WOU) supported employment client, Mitch has received job site support since 2016 at Imperial Gas & [...]

When Hillary Clough graduated from high school seven years ago, the thought of attending college was so overwhelming to her that she decided to forego college and join the workforce. That decision weighed heavily on [...]

(Lowell, MA) - Disabilities come in all shapes and sizes; some are visible, others not. For decades, Ben Webster of Lowell, Massachusetts, was confined to his home; unable to leave due to a crippling anxiety [...]

Send this to a friend
Go to Top