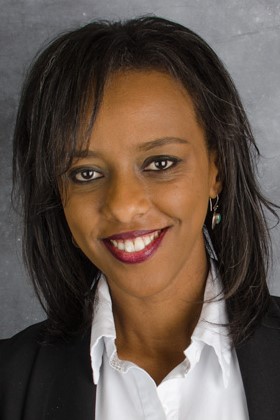 Salsi is Director of Career Services, responsible for overseeing and managing WOU’s offices in the Prince George County of Maryland, District of Columbia, and Northern Virginia. She also administers services to referrals from area governmental agencies and schools and manages supported employment, community learning and employment discovery services for DDA, VR and PGPS populations.

After joining WOU in 2008 as a Career Resource Specialist, Salsi was promoted to Team Leader in 2009 and again promoted to her current role as Director in January of 2011. A graduate of Lindsey Wilson College in Kentucky, she earned a B.A. in human services and counseling. She has received additional training in behavioral principles and strategies, as well as autistic spectrum disorders. She is also a certified Mandt instructor.

A true people person, Salsi enjoys working at WOU as it affords her the opportunity to not only help people, but learn from them, too. When she’s away from the office, she spends time with her two sons and husband, travels with a large group of friends and family, and rides her bicycle.

Barry shared a common goal with many of WOU’s clients and, for that matter, with the majority of the world. He wanted to be independent. While independence means different things to different people, in Barry’s [...]

Based on her extensive education in global health, you would think that Fiorella “Fifi” Vittorio would be a policy analyst with a government agency or helping those affected by war or natural disaster within an [...]

The Annapolis team at WOU was invited to participate in Way2Work Maryland’s facilitation of work-based learning experiences for students in their junior and senior years of high school. Bringing together resources to secure amazing work [...]

With Thanks, as Carla Czecha Closes her Chapter with WOU

Carlann Czecha, or “Carla” as she’s known, is a CRS/Job Coach in WOU’s Montgomery County, Maryland region who is retiring in late December 2019 after nearly twenty years in the industry. For this passionate person [...]