Joe has a Master’s Degree in Administration from the University of Massachusetts in Amherst, and a Bachelor’s Degree in Industrial Education from Keene State College.

Mary Leddy, Chairman of the Board

As Chairman of the Board, Mary is responsible for helping to establish the strategic direction for Work Opportunities Unlimited (WOU). Before becoming Chairman, Mary served as  Vice Chairman and COO for WOU and its affiliate company, Leddy Group, a regional staffing organization based in northern New England.  Mary began her career with WOU in 1990 in direct service. Over the years, her roles evolved to Director, CFO, and VP of Operations.  In addition to her current board role with WOU, she serves as Secretary of Archway Insurance, Ltd.

Mary received her B.A. from the University of New Hampshire, and her Master’s in Business Administration from New Hampshire College.  In her free time, she enjoys travel and golf with family and friends.

David Dwyer has been with Work Opportunities Unlimited for over 30 years and is a well-respected and influential figure in the industry of employment and community support services for individuals with disabilities throughout New England.  His leadership at Work Opportunities Unlimited has resulted in expansion into multiple states on the east coast, proliferation throughout New England, and the implementation of an outcome-based approach to service delivery.  In his current role as Chief Executive Officer, David is responsible for overall operations, service innovation and the implementation of short and long-term goals that are consistent with the mission and core values upon which Work Opportunities Unlimited was founded.

In 1994, David opened the Plymouth, NH office and supervised staffing services, which was spun off as Leddy Group.  In 1995, David became Treasurer of the New Hampshire Rehabilitation Association. (NHRA), which began his development as a key figure in the state of NH in the area of employment for students and adults with disabilities.

David was promoted to Vice President in 1996 taking a lead role in the Senior Management Team.   David assumed responsibility for the quality of services throughout Work Opportunities Unlimited, which included supported employment, school to work, welfare to work, youth community support and vocational rehabilitation.  It is at this time, that David established himself as a prominent figure throughout New England as an advocate and innovator of community-based employment.

Starting in 2000, David was promoted to Senior Vice President and took responsibility for the overall fiscal stability and quality assurance of Work Opportunities Unlimited.  David’s leadership and influence extended beyond service delivery, which now included services throughout New England, Florida, Maryland, Virginia and Washington D.C.; and into growth and development, operational efficiencies, multi-state licensing and provider advocacy as a liaison with state and federal agencies.  David was promoted to his current role of CEO and President in 2021.

David received his Master of Art Degree in Counseling and Psychology from Notre Dame College after receiving his Bachelor of Science Degree in Psychology with a Mental Health Option from Plymouth State College. In his free time, David enjoys hiking, kayaking, traveling, and snowshoeing with his family.

Ryan Mountain has been with Work Opportunities Unlimited for over 25 years performing diverse roles in multiple states.  In his current role as Chief Operating Officer, Ryan is responsible for growth strategies, operational efficiencies and overall company performance.

Ryan began his career with Work Opportunities Unlimited in October of 1994 as a Career Resource Specialist providing direct supports to youth and individuals with disabilities. In January 1996, Ryan became the Director of the Portsmouth office and opened a new office in Rochester, NH.

Having been promoted in 2004 to Vice President of Program Development, Ryan was responsible for the expansion of Work Opportunities Unlimited to Florida, Maryland and Washington D.C..

Starting in 2009, as Vice President of the Career Services Division, he became responsible for the operations, growth and service quality in Massachusetts, Virginia, Maryland and Washington D.C.  Ryan was promoted to Sr. Vice President in 2019.

In 2019, Ryan was voted in as President and CEO of Independence Works, Inc., a non-profit that was founded in 2006 to serve individuals with disabilities referred from the Florida Division of Vocational Rehabilitation.

Ryan received his Bachelor of Arts Degree from the University of New Hampshire in 1994, and completed graduate study in Behavior Management at Notre Dame College.  In his free time, Ryan enjoys spending his time golfing, skiing and traveling with his family. 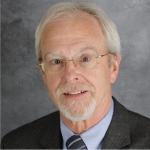 Prior to joining the company, Steve spent seventeen years in the banking industry where he rose to Senior Vice President and Senior Commercial Loan Officer. He spent five years consulting in the area of strategic planning and organizational development to a range of businesses in New England.

Steve was an adjunct faculty member at Southern New Hampshire University from 1994 to 2013. He taught Leadership and Managing Organizational Change regularly at both the graduate and undergraduate level and periodically taught Strategic Management, Finance, Entrepreneurship, and other management courses. He also served on the University’s Strategic Planning Steering Committee.

Steve received his undergraduate degree from the University of Maine in 1975 where he was a member of the Senior Skull Society, and his Masters in Business Administration from Northeastern University in 1987 where he was selected for both the Phi Kappa Phi and Beta Gamma Sigma Honor Societies. He also graduated from the Williams School of Banking.

Steve is active in a number of regional charitable organizations and currently is Treasurer of the Portsmouth NH Rotary Club and serves on the Board of the Business and Industry Association of NH.

Marcia started her career with WOU in 2015 as Assistant Controller and was promoted to Vice President and Controller in 2018. In her current role, she is responsible for overseeing all financial functions of the organization.

Before joining Work Opportunities, she worked in the mortgage industry for over 15 years and as a Staff Accountant in a CPA firm for three years. Prior to that, she held various accounting positions in small companies and a large corporation.

A graduate of Southern New Hampshire University with a bachelor’s in business studies, Marcia enjoys walking, reading, kayaking, and snow shoeing in her free time, as well as spending time with her family.

Susannah Chance is Senior Vice President of Human Resources for Work Opportunities Unlimited, Inc. She joined the company as a Resource Specialist in the Laconia office and was promoted to Regional Vice President of the Dover, NH market, before being promoted to her current position. As Senior Vice President of Human Resources, Susannah is responsible for overseeing the human resource function for Work Opportunities Unlimited, including legal compliance for the company’s operations in Maine, New Hampshire, Vermont, Massachusetts, Rhode Island, Maryland, and Florida. She also leads and delivers the Company’s management and supervisory training programs.

In addition to her responsibilities to the company, Susannah also provides consulting and training services for Leddy HR. While serving a wide variety of industries, ranging from banks to sales organizations to motorcycle dealerships to heavy industry, she also has served towns and municipalities and non-profits.

Past Experience: Susannah began her career during graduate school as the Program Coordinator of a small biotechnology firm that provided scientific training at locations throughout the United States and Europe.

Personal Experience: Susannah is passionate about animal rescue. She and a friend work with NASCAR teams to bring dogs to NH, and occasionally convinces her husband to fly their small plane to rescue more dogs from shelters. If you talk with her when she’s working from her home office, it’s highly likely that a number of her furry friends will be working with her.

Amy joined Work Opportunities Unlimited in 2017 as HR & Risk Manager for the organization, responsible for handling all worker’s compensation claims as well as human resources for the staffing divisions.

She gained extensive experience in human resources while at her prior position with a major hotel chain, where she was responsible for screening and interviewing all candidates, hosting job fairs, completing new hire paperwork, and completing brand training for all associates. In addition, Amy participated in yearly insurance negotiations, administered COBRA, managed 401(k) quarterly enrollments, ensured compliance with all federal regulations, and managed workers’ compensation claims.

Amy serves as a board member and membership chair of the Seacoast Human Resources Association (SHRM) and is an SHRM certified professional (SHRM-CP). She earned an MBA with a focus on human resource management from Franklin Pierce University and a bachelor’s in communications from the University of New Hampshire.